Why did Aussie Tune Dandenong become a European car specialist?

Nigel and his team are experienced mechanics who enjoy the challenge to problem solve and fix any vehicle-related issues for their customers. But Nigel has a strong affinity with European vehicles and is now a specialist in Audi, Mercedes and Volkswagen cars and vans.

With years of experience, Nigel can work on ‘just about anything’. While he continues to work with other makes, about ten years ago, a client dropped in a VW Golf, asking Aussie Tune to fix it because another workshop had refused. Once the job was underway, Nigel realised how much he enjoyed exploring and fixing Volkswagens. After completing a subsequent VW job, he decided he wanted to be the best mechanic of European cars he ‘could possibly be’. And here he is today.

‘They look nice, they drive nice, I like the safety aspect of them. If you have a crash in a Volkswagen Golf, you’ll fare much better than you will in a Corolla.’
Part of the reason is the design philosophy. While European cars are more expensive than other makes, Nigel believes the overall package – how they drive, their look, the safety aspect and fuel economy – delivers good value that is well worth the money.

Nigel also likes the German logic to the vehicles. An inexperienced European vehicle mechanic may feel that the internal set up doesn’t make sense. But, when a mechanic studies the philosophy behind how it all works, they understand their systems from a safety and power management perspective.

Sometimes, European vehicles may seem over the top. For example, if a headlight globe blows in a Corolla, it’s a quick and simple process to replace the globe, whereas an Audi has a switch and computer that controls the globe, making the replacement more complex. This is typical of the many safety aspects – it’s the vehicle’s way of communicating that the globe is out. In circumstances such as these, your car will tell you ‘It is unsafe, you can’t be driving at night. I’m reducing the power.’

European cars are a challenge

The complexity of European cars is a challenge Nigel enjoys

‘It can be a double edged sword. I like the challenge of working things out and going through the process. When I’m 15 hours in and still haven’t worked it out? That’s irritating. But really, I like the overall philosophy and the logic of it. And the fact that you’ll have specific tools made for specific jobs.’
Simply speaking, Aussie Tune have invested in the necessary tools to service and fix these vehicles, and Nigel has learned everything he can about what makes these vehicles different. As his specialisation became more well-known, Aussie Tune has been called upon to work for other mechanics when they received a European car.

Aussie Tune Dandenong are professional, experienced car mechanics near you, specializing in European vehicles. Speak to us to discuss and plan your Audi, Mercedes and VW service options. For any enquiries, give us a call on 03 9794 0997 or email us at admin@aussietune.com.au.

Call Now To Book Your Vehicle In 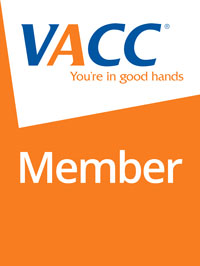 You Are Welcome To Ask Us Any Questions.

Aussie Tune Dandenong is a local car mechanic offering all kinds of car repair and car service in Dandenong and surrounding suburbs. Specializing in Volkswagen, Audi and Mercedes.

With the emphasis on quality parts, quality work, advice and knowledge you can trust.

How is your AIR CONDITIONING coping?

Book to get your A/C system checked and keep cool this summer.